The Prince, The Admiral, & Rod

Today was awesome. Lori and I got up early, while the little Prince was still sleeping, put the bikes together, and road across SaltSpring Island from Ganges to Vesuvius, of all places. This is the ferry landing on the other side of Stuart Channel from the lumber town of Crofton mentioned about three days ago. It was a nice ride, good workout, and made us very glad, again, that we did the bikes in the first place. It takes about 5 minutes to get them out and assemble them. They’re full size, and you cruise right along (for a 61 year old.)

Then showers, breakfast, and we got underway from Ganges. We’ll be back here with our friends Joe and Sarah in late July. I like this town—I think the chief thinks it’s a little touristy. She’s right as always, but still that means good food and drink.

We motored up the narrow end of the inlet against the wind for about a mile, then put the sails up and started sailing. We sailed up Captan’s passage into Trincomli passage (see Montague entry 5 days ago.) Past the entrance to Montague, and continued south across the entrance to Active Pass. Under sail, the ferries have to dodge us, but that’s bad form. It worked out with a serendipitous wind change, and we had one ferry pass in front of us, and we went right in front of another. Really cool.

We entered Navy passage, with the wind dying, but could see it change ahead to dead on the nose. We tacked against the wind all the way up Navy Passage, and into Plumper Sound. In the meantime, two sailboats were beating up the channel (tacking back and forth into the wind) ahead of us, and another boat about our size entered when we did. The Ray competitive nature came out and with Exergy’s speed, we smoked them all in the “tacking duel.” It was really fun. We continued up Plumper sound, tacking all the way (longer legs though.) We took turns at the helm, and we all got a lot better at handling the boat. Passed by good old Port Browning and on up to the entrance to Plumper Sound.

Put the sails down, and motored out into Boundary Pass and around into Bedwell Harbour. A tricking docking job due to a big metal bracket sticking out from a piling, but the crew got it done. Now, Ian and I are “chilling back” on the bar terrace. He’s working on spec’ing out the racing drone he’s going to build, and I’m doing the blog.

A really good day. Biggest sailing day of all in Exergy. We’ve probably sailed 2/3rds of this trip—very special. The Exergy and her gallant crew came through again.

Tomorrow we go back into the U.S. through our favoritie U.S. Customs and Border Patrol Station in Roche Harbour and meet Levi who’s coming in on the float plane.

The best to all of you.

Ian (The Prince), Lori (The Admiral), and Rod 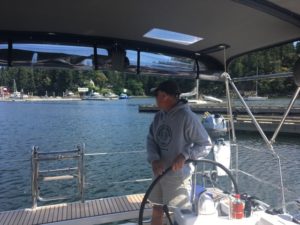 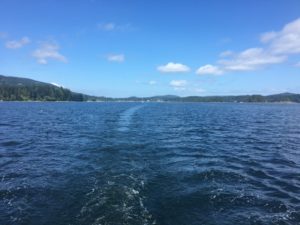 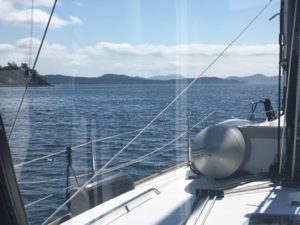 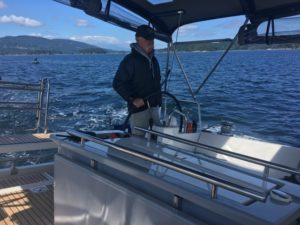 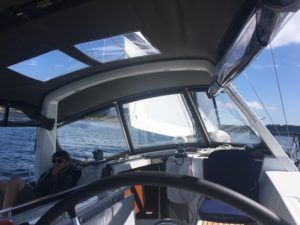 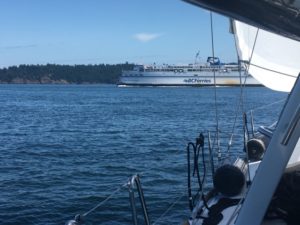 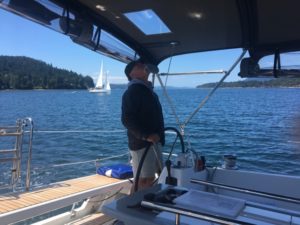 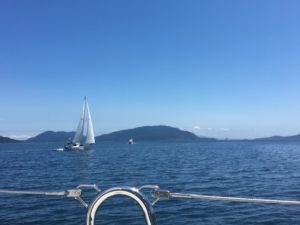 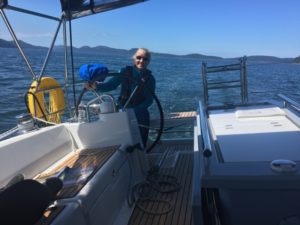 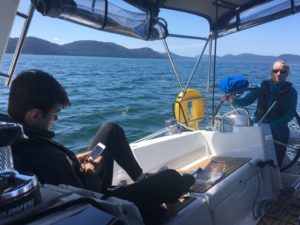 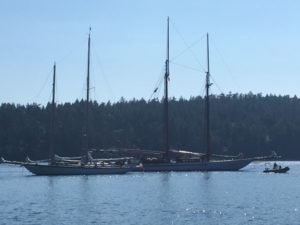 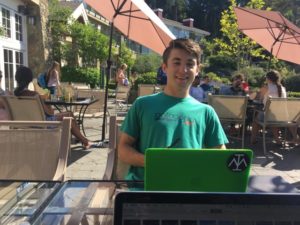 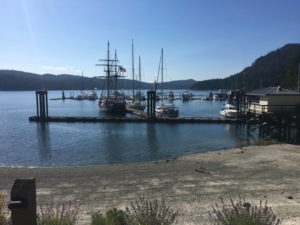 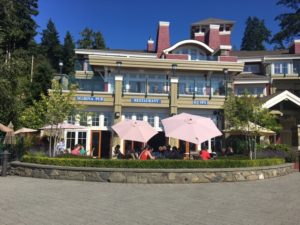